Rhinoplasty isn’t necessarily an aesthetic procedure, despite being one of the most frequent forms of plastic surgery. For many people, nose surgery is the result of a serious health problem, with a deviated septum being the most common cause. Many celebrities have undergone nose surgery to make it easier for them to breathe. However, others have completely admitted to having had nose jobs for the sake of beauty. And still, others prefer not to remark or admit to plastic surgery at all. It is absolutely up to them, regardless of the situation. We made a list of celebrities with rhinoplasty. So, let’s get into it!

Kylie Jenner had lip fillers and had them removed. Meanwhile, she developed a beauty business and, at the age of 21, became a self-made billionaire. When it comes to her personal beauty rituals and regimens, she takes her sisters’ advice. When it comes to plastic surgery, she has unquestionably followed in the footsteps of Kris Jenner and her sisters Kim and Kourtney. It’s one of the best celebrity nose jobs, and it’s helped her completely change her appearance. This makes her one of the celebrities with rhinoplasty. The Kylie Jenner nose job, aside from her lip fillers, is confirmation of that.

Early in her career, the former Friends star underwent rhinoplasty surgery. It was not, however, to improve her appearance or to correct her deviated septum. Jennifer Aniston’s nose job, on the other hand, resulted in very minor alterations to the shape of her nose. She is one of the celebrities with rhinoplasty that changed her appearance.

Ariana’s image has evolved dramatically since she first appeared on Nickelodeon’s hit show Victorious in 2010. We’re not only talking about her hair and skin. Her nose, too, has evolved over time. Her nose is now smaller and more polished. From her considerable change in appearance, Ariana Grande’s nose job appears to be a foregone conclusion. We must add, there are clear signs of a nose job. Aside from the nose procedure, her entire face makeover, which includes her brows and lips, reveals that Ariana Grande plastic surgery was a success. Ariana joins a lengthy line of celebrities who have had nose operations that have radically changed their appearance. Her operation makes her unquestionably one of the celebrities with rhinoplasty.

From her younger days of partying with Paris Hilton, Kim Kardashian has experienced a full makeover. She continues to deny obtaining a nose job. However, there is a tiny shift in the form of her nose that is not attributable to contouring. If one examines Kim Kardashian’s nose closely, it appears that she has had a nose operation since the curvature of her nose has changed. She is one of the celebrities with rhinoplasty. Her lips and brows have also been altered, in addition to her nose. Kim Kardashian West is one of the most well-known celebrities with successful nose operations.

Despite her battle with Lyme disease, Bella Hadid is a successful model. Bella has evolved from a normal girl next door who enjoys horseback riding to her very beautiful persona. Her nose, on the other hand, has transformed. The days of the adorable round nose are long gone and this makes him one of the celebrities with rhinoplasty. Bella’s new nose is thinner, more defined, and angular.

In 2007, the High School Musical actress revealed that she had surgery for a deviated septum. Tisdale told publicly she had a deviated septum on the right side of her nose that caused breathing difficulties for her. “It got worse as I grew older. When I went to the doctor to have it looked out, he told me that my septum was 80 percent deviated and that my nose had two small fractures.” She is one of the celebrities with rhinoplasty who publicly announced her operation to her fans. She claimed that she wanted to be honest with her admirers since she didn’t want them to think she was doing it for the sake of appearances. “This was done to aid my health. I was practically unable to breathe via the right side of my nose.”

Paris Hilton, one of the most well-known celebrities with rhinoplasty, is said to have had the procedure twice. Her first nose job failed miserably due to an extended tip. However, the second one was better. Anyone who looks at her nose notices the huge change in appearance.

Kendall has been in the spotlight since she was a teenager. Kendall had nose plastic surgery to make her nose look sleeker and defined. Whether it was due to a wish to look more Hollywood glam or simply being influenced by her family. Her nose job has significantly improved her appearance and this makes her one of the celebrities with rhinoplasty.

Brie Lardon began her career at a young age as well. When she first entered the glittering world of Hollywood, she was a child. Her nose was tweaked after a large period of time had passed. Brie Larson is rumored to have undergone two rhinoplasty operations. The initial one just modified her nose’s tip, making it more elegant. After a few more years, it was only the second one that changed the width of her nose. This makes her one of the celebrities with rhinoplasty. Looking at the before and after photos, it’s safe to assume that Brie Larson had a nose job.

You can read our previous article about rhinoplasty from https://smileteamturkey.com/blog/closed-rhinoplasty-or-open-rhinoplasty/

You can read our previous article from https://smileteamturkey.com/blog/celebrities-with-hair-transplant/ Cavities: What are They and How to Treat Them?

Tooth decay and also known as the cavity is a common dental problem experienced by people of all ages. Tooth decay is the damaged surface 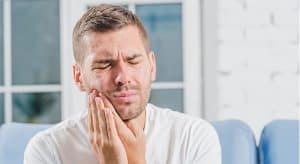 How to Get Rid of Toothache?

Your teeth and gums may be hurting and throbbing, which indicates that you have a toothache. Ideally, you should make an appointment with your What is the Relationship Between Hormones and Hair Loss?

Hair loss is a depressing and unpleasant event that we all have to deal with as we age. Hair is a significant part of 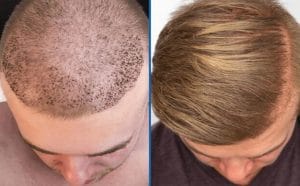 Which Hair Transplant Method Should We Choose?

Hair transplantation methods have increased dramatically as technology has advanced. Almost every clinic gives information on a variety of approaches to those who seek it 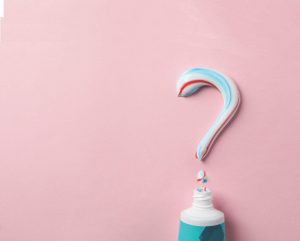 Everyone experiences a dental problem at some point in their lives. We also ask ourselves a lot of dental questions that we need answers to.

Smile Team Turkey is a registered trademark of Smile Medical Limited registered in England and Wales.

Your request has been sent successfully. We will get back to you as soon as possible.